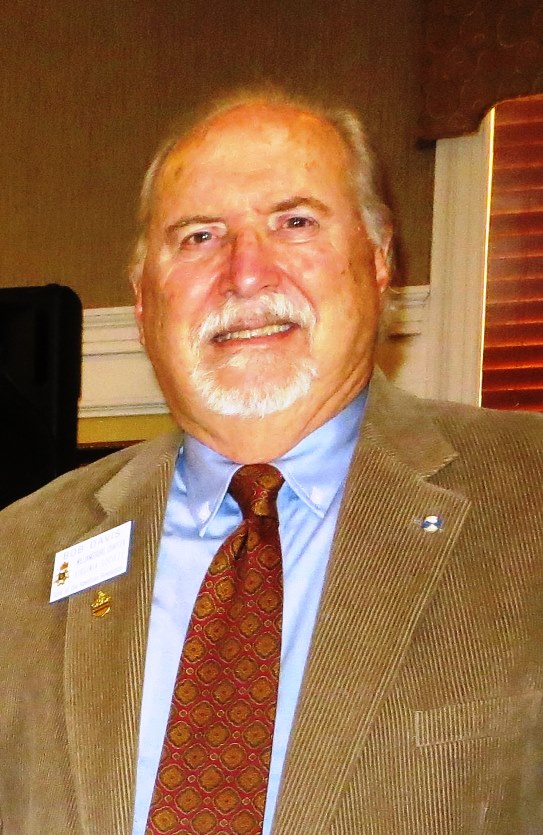 Bob was born in Fort Barrancas, Florida, his parents met at a USO dance during WWII. Bob grew up in Hilton Village, Newport News, Virginia, before moving to Williamsburg. Claudette and Bob were married in 1969, same weekend as Woodstock. They have a son and daughter and four grandchildren. The youngest is Esme (5) who, we all agree, will one day rule the world, that’s if she doesn’t already. Claudette is a member of the DAR, Williamsburg Chapter.
Bob graduated from Christopher Newport College with a BA in History after serving with the U.S. Army in Vietnam. He was a national sales manager with Bank of America and a business development manager with various defense contractors working in the areas of data information and biometric integration.
Bob has been a member of The Sons of the American Revolution since 1990. He has been the Williamsburg Chapter Veterans Coordinator Chairman since 2015. He also has memberships in The Jamestowne Society, The Order of William the Marshall and the Knights Templar (SMOTJ). Bob has been President of the St. Andrew’s Society of Williamsburg several times and a member for over 35 years.
SAR Awards:
SAR Military Service Award – 2015
Virginia Society SAR Presidential Award – 2017
Williamsburg Chapter SAR Certificate of Distinguished Service – 2021