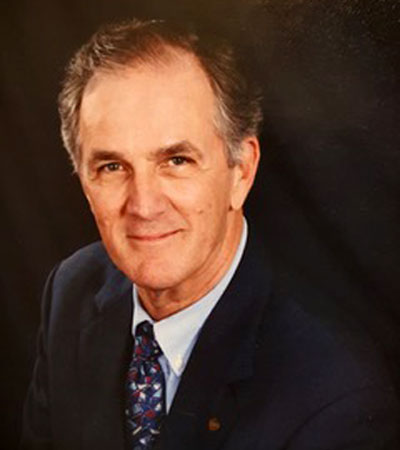 Steve J. Perger Jr. is a native of Norfolk, VA and a 1973 graduate of Old Dominion University. He attended ODU after serving 4 years in the US Air Force as an electronics warfare technician with one tour in South East Asia during 1968. For several years following graduation he taught secondary mathematics and science in the Norfolk, VA and Chesapeake, VA Public School systems. In 1978 he accepted a position with the Department of the Army as a civilian. To compliment his career in the Department of Defense he earned an MBA (logistics) in 1983 and later a MBA (contracting) 1985 from Florida Institute of Technology. Concurrent with his government service he served as senior adjunct professor with Saint Leo University. Among his awards are the US Army Decoration for Meritorious Civilian Service and The Military Order of Saint Christopher Medal. He retired in 2004 having served for almost 10 years as the first civilian G2 and G3 at Fort Eustis, Virginia: Director of Operations, Plans, Training, Security and Reserve Component Support. Steve remains active in shooting sports, blacksmithing, fishing and studying the American Civil War. He is an active member of Olive Branch Christian Church.