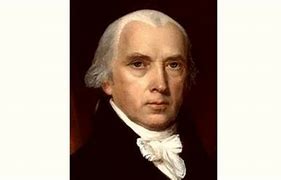 James Madison (1751-1836) was a founding father of the United States and the fourth American president, serving in office from 1809 to 1817. An advocate for a strong federal government, the Virginia-born Madison composed the first drafts of the U.S. Constitution and the Bill of Rights and earned the nickname “Father of the Constitution.”

In 1792, Madison and Thomas Jefferson (1743-1826) founded the Democratic-Republican Party, which has been called America’s first opposition political party. When Jefferson became the third U.S. president, Madison served as his secretary of state. In this role, he oversaw the Louisiana Purchase from the French in 1803. During his presidency, Madison led the U.S. into the controversial War of 1812 (1812-15) against Great Britain. After two terms in the White House, Madison retired to his Virginia plantation, Montpelier, with his wife Dolley (1768-1849).