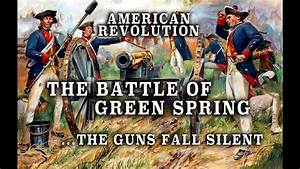 A Wreath Laying Ceremony at the Church on the Main battle site.

The Battle of Green Spring took place near Green Spring Plantation in James City County, Virginia during the American Revolutionary War. On July 6, 1781 United States Brigadier General “Mad” Anthony Wayne, leading the advance forces of the Marquis de Lafayette, was ambushed near the plantation by the British army of Earl Charles Cornwallis in the last major land battle of the Virginia campaign prior to the Siege of Yorktown.